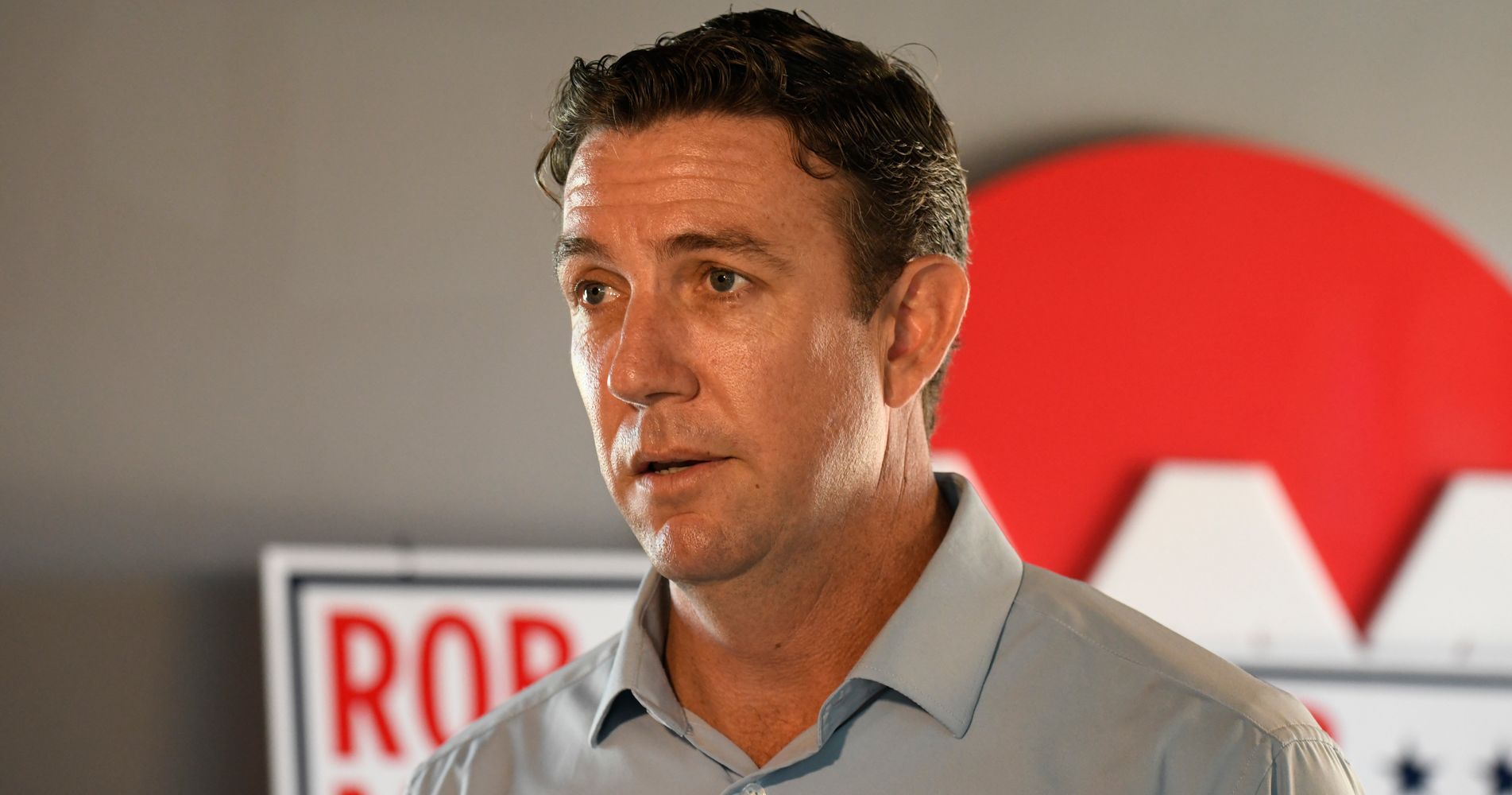 Rep. (R-Calif.) was slammed Saturday for a video in which he claimed to have crossed the U.S.-Mexico border, only to be who threw cold water on his story.

The clip, posted Thursday on Hunter’s Twitter page, shows the congressman walking toward a barrier of beams, telling viewers he had arrived at Yuma, Arizona’s “grand border wall” just 15 meters from Mexico.

“This is what we expect to stop people ― transnational terrorists, families, all the illegal aliens who are coming across the border,” he said. “This is it. It looks pretty tough to cross. Let me see if I can do it.”

The question ― clearly a rhetorical one ― was soon answered as Hunter hopped over the fence, declaring, “That’s how easy it is to cross the border here in Yuma, Arizona.”

However, Border Patrol told the that the southern border was actually at the Colorado River, 75-100 feet from where Hunter’s allegedly fake scene played out.

, the 30-year-old Democrat who narrowly lost the 2018 race for Hunter’s seat and is challenging him again in 2020, spoke out against the video in an email to HuffPost on Saturday.

“He’s a congressman from California, why is he in Arizona?” he asked. “He should be spending time in the district talking about the issues instead of avoiding voters as he has since 2017. He should be holding town halls or debates like the rest of his colleagues are when they’re out of session.”

Last year, Hunter and wife Margaret were both , being accused of improperly using thousands in funds for personal expenses.

The couple and were released on bail, but were ordered by a federal judge to remain in the continental U.S.

Pointing out that fact, Campa-Najjar said Hunter would have broken that condition if he had actually entered Mexico.

“Hunter either violated conditions of his release mandated by U.S. Magistrate Judge William Gallo not to leave the continental U.S., or he was pulling a political stunt and lied,” Campa-Najjar said. “Thankfully for Hunter, he did not cross into Mexico as he claims.”

Defending the lawmaker in an email to the Times, Hunter’s spokesman Michael Harrison argued he was simply attempting to prove that Yuma’s border security is “woefully insufficient.”

“I would encourage others to look and review a map, spend time with the Border Patrol and understand what structures are in place and where they are with regards to the international border,” Harrison added.

Hunter and Campa-Najjar have publicly squared off in the past over the lawmaker’s , who is of Latino and Palestinian descent. Among the smears launched against him have been an , which was changed from Ammar Yasser Najjar to Ammar Campa-Najjar, and on his grandfather who took part in the deadly terror attack at the 1972 Munich Olympics.

, Campa-Najjar changed his name in honor of his mother. Furthermore, he has also , stating he did not know him and does not wish to be judged by his choices.

This story has been updated with a statement from Campa-Najjar.

“I do feel I was a victim to certain abuse,” the “Lose You to Love Me” singer said in an interview with NPR.