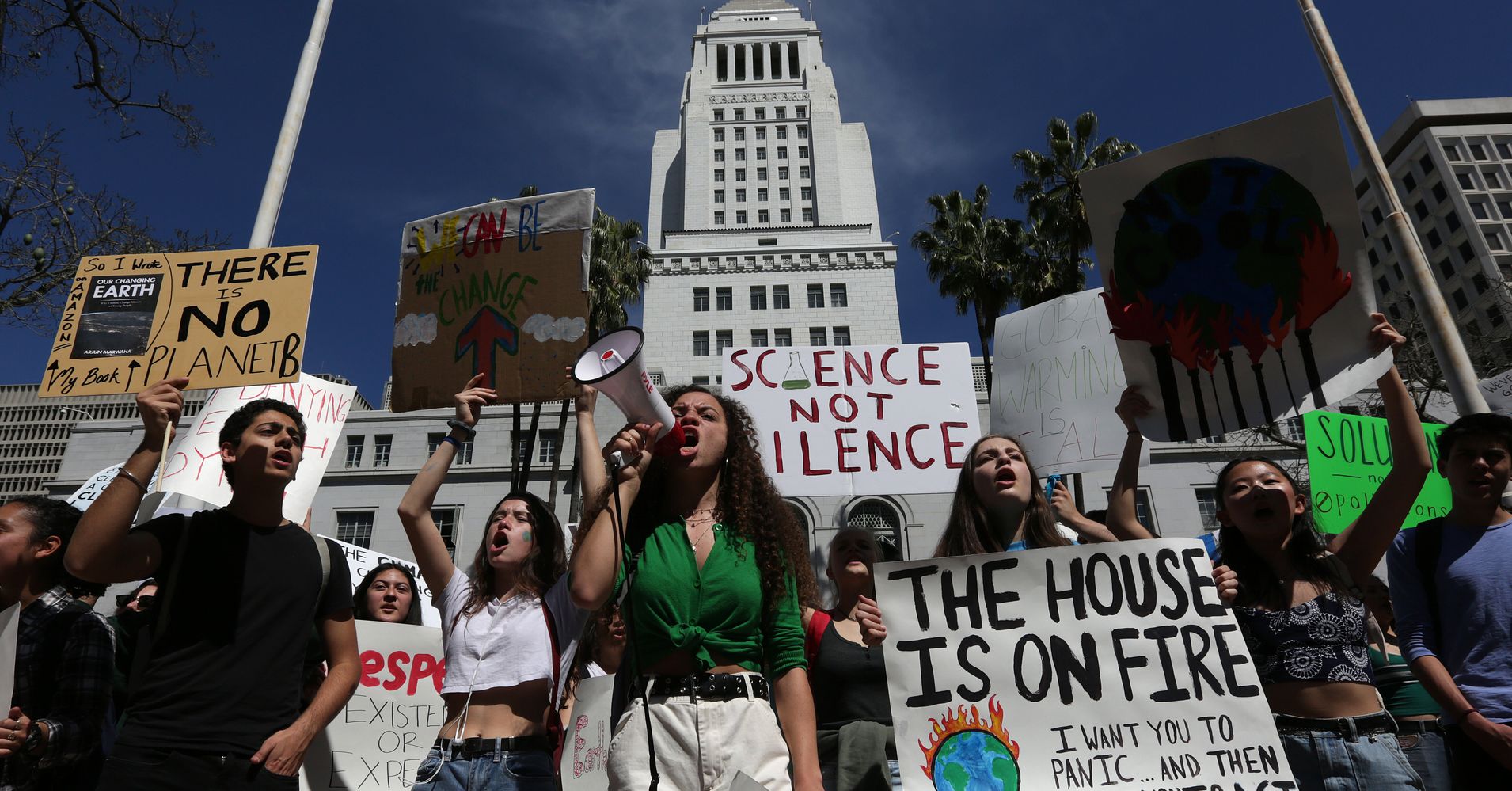 Los Angeles just launched its very own , setting up the second-largest city in the country to have a carbon-neutral economy by 2050.

“Politicians in Washington don’t have to look across the aisle in Congress to know what a Green New Deal is ― they can look across the country, to Los Angeles,” Mayor said in a statement Monday.

The is an aggressive expansion of the Sustainable City pLAn the mayor created in 2015 to reflect more recent environmental studies that have shown the need for rapid and more radical solutions to combat .

Garcetti was among the to stick with the Paris climate agreement after President pulled the U.S. out of the accord. The mayor said his Green New Deal unveiled Monday is partially driven by his commitment to uphold the Paris Agreement.

There is no greater threat to our security, to our economic growth, to the survival of future generations than . I’m announcing to lay out an aggressive plan to not just survive global warming, but to ensure that L.A. thrives.

The city’s Green New Deal would require all new city-owned buildings and major renovations to be entirely electric, effective immediately. The plan also hopes to phase out styrofoam and to plant 90,000 trees by 2021, and to end plastic straws and single-use containers by 2028.

The initiative also includes Los Angeles recycling 100% of its wastewater by 2035 and building a zero-carbon electricity grid with the goal of reaching an 80% renewable energy supply by 2036.

By 2050, the city hopes to create 400,000 green jobs, have every building become emissions-free and halt sending trash to landfills. By then, the city’s plan is expected to save more than 1,600 lives, 660 trips to the hospital and $16 billion in avoided health care expenses every year.

“With and floods in our streets, cities cannot wait another moment to confront the climate crisis with everything we’ve got,” Garcetti said. “L.A. is leading the charge, with a clear vision for protecting the environment and making our economy work for everyone.”

L.A. joins New York City, the country’s largest and most economically influential city, in working to create as progressive Democratic lawmakers in Washington push for a national Green New Deal, led by Rep. (D-N.Y.) who introduced the resolution with Sen. (D-Mass.) in February. capping climate-changing pollution from big buildings and requiring massive cuts to greenhouse gases.

The resolution in Congress is meant to be more of a guidance to eventually draft federal climate policy, but . But the resolution does outline important steps for local leaders to take to combat climate change.

From 2017 to 2018, the number of cities pledging to use 100% renewable energy . More than a dozen states have passed or are considering setting 100% clean-electricity targets, by consultant group EQ Research.

A nearly final ballot count has the measure passing by barely more than 1 percent after it appeared voters would reject it late Tuesday night.