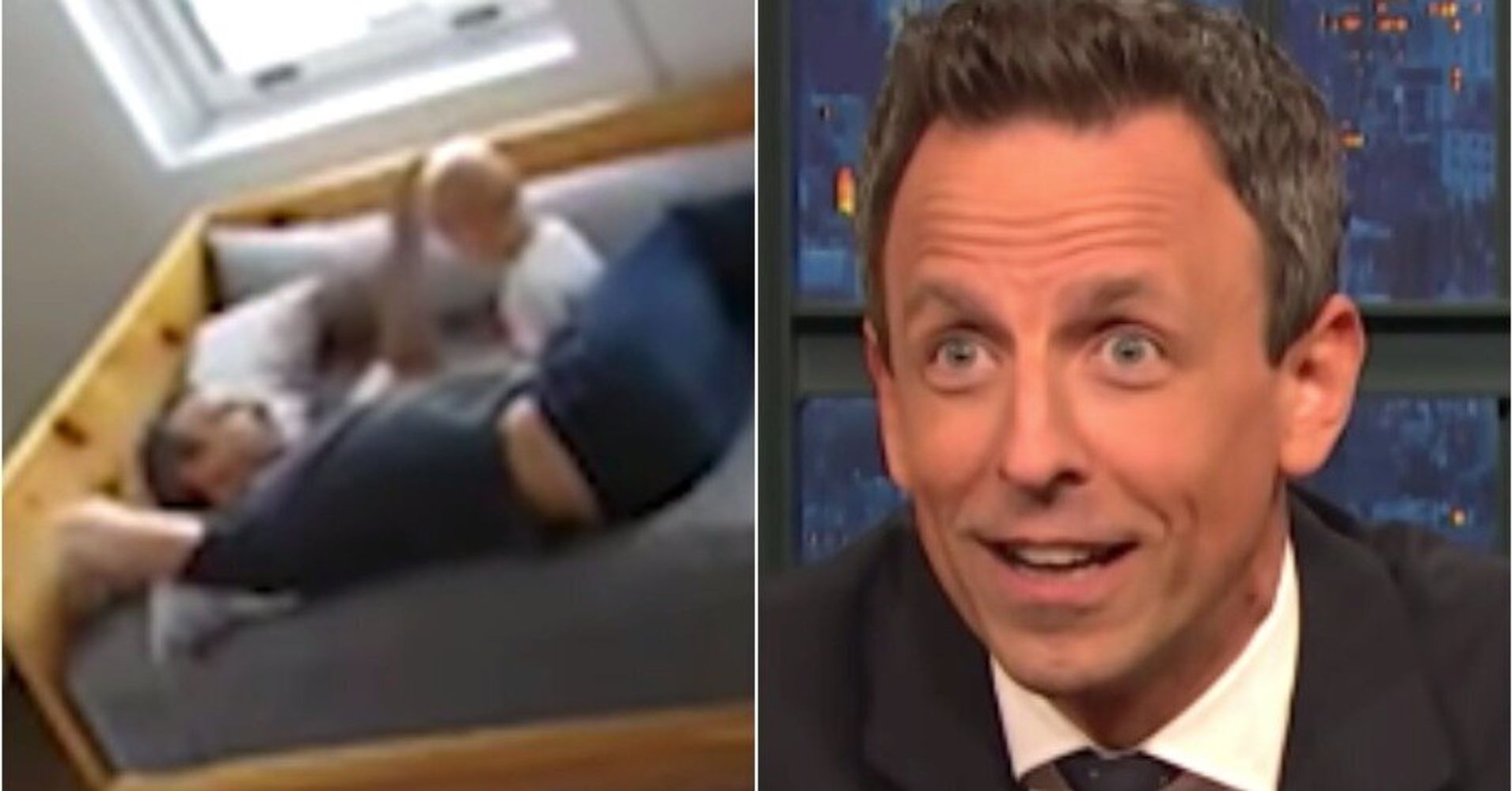 shared nanny cam footage on Tuesday of the painful moment he thought his young son had broken his nose.

The host of NBC’s “” broadcast the video, which showed 1-year-old Axel throwing a cell phone at Meyers’ face as they sat together on a couch.

“I think he broke my nose,” said Meyers in the clip, after rolling onto the floor in agony.

Meyers later explained that he was “so happy” he didn’t swear, despite wanting to drop “a thousand F-bombs.”

Check out the clip above.

‘Let’s Get The Words Out’: Lara Trump Taunts Joe Biden Over Stutter

‘Avengers: Endgame’ is what Marvel — and Hollywood — have been building toward for a decade

Analysis: The big-budget Marvel extravaganza shows how much Hollywood has transformed in the last decade.