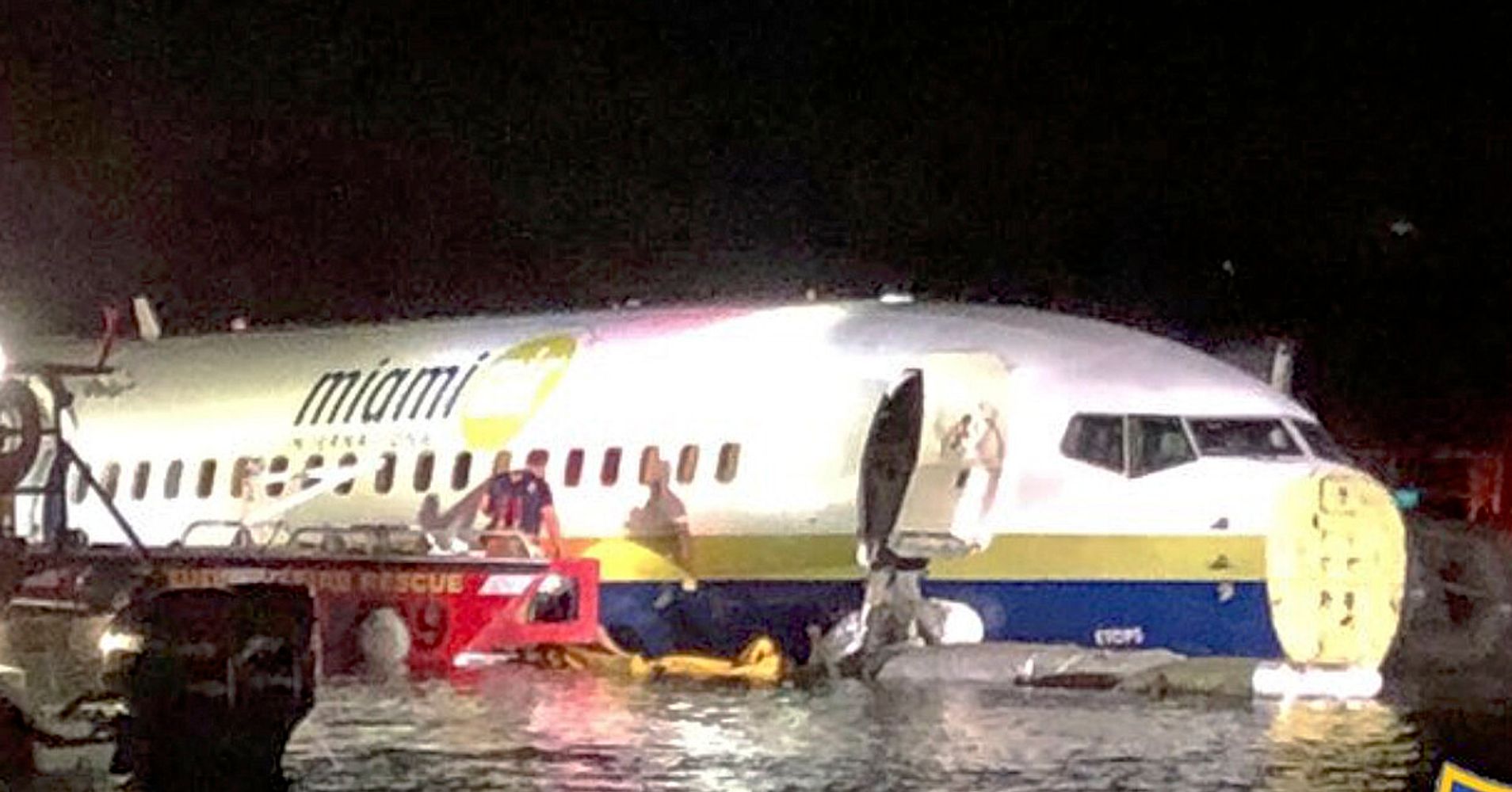 JACKSONVILLE, Fla. (AP) — A charter plane carrying 143 people and traveling from Cuba to north Florida ended up in a river at the end of a runway Friday night, though no critical injuries or deaths were reported, officials said.

Marine Unit was called to assist in reference to a commercial airplane in shallow water. The plane was not submerged. Every person is alive and accounted for.

The Jacksonville Sheriff’s Office posted on Twitter that a marine unit responded to assist. The plane was in shallow water and not submerged. Everyone on the plane was alive and accounted for, the agency posted, with 21 adults transported to local hospitals in good condition.

A photo posted by deputies shows a Miami Air International logo on the plane. The company didn’t immediately respond to messages from The Associated Press.

Liz Torres told the Florida Times-Union that she heard what sounded like a gunshot Friday night form her home in Orange Park, about 5 miles (8 kilometers) south of NAS Jacksonville. She then drove down to a Target parking lot where police and firefighters were staging to find out more.

Jacksonville Mayor Lenny Curry posted on Twitter that teams were working to control jet fuel in the water.

Photo of plane at NAS Jax 737 off the runway into the water. No one seriously hurt, turn to ⁦⁩ now

The Jacksonville Fire and Rescue Department posted on Twitter that approximately 90 personnel responded to the scene, adding that the department’s special operations team had trained with marine units for a similar incident earlier Friday.

Navy security and emergency response personnel were on the scene and monitoring the situation, the Navy release said. Family members who were expecting the arrival of passengers were instructed to stand by.

Officials did not immediately say what caused the plane to leave the runway.

Trump gets savaged on foreign policy. But Obama, Bush and Clinton made the messes.

Business as usual has strengthened our enemies for decades. Trump’s iconoclasm is worth a try.

In a brief letter to the committee chairman, the White House counsel sharply attacked the impeachment inquiry into President Donald Trump.