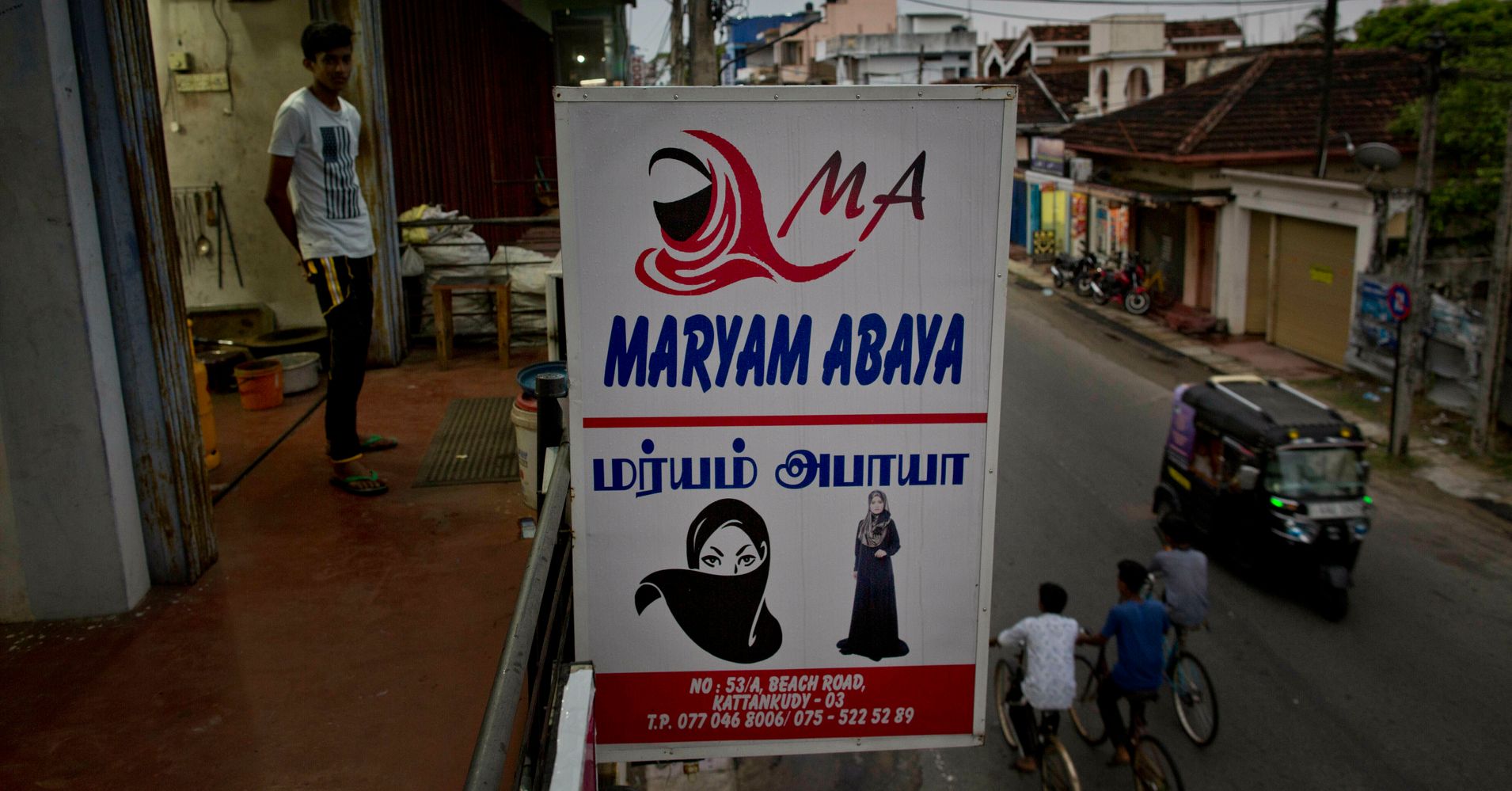 Sri Lanka has moved to ban face veils following a series of deadly terrorist attacks that unfolded at hotels and churches on Easter Sunday.

President Maithripala Sirisena’s office cited “emergency regulations”  Sunday that it would prohibit “all forms of face covers that may hinder one’s identity being ascertained, as a threat to national security and public safety,” according to the Presidential Media Division.

“This directive specifies the need for one’s face being clearly visible for ascertaining their identity as its main criterion,” the statement said.

The rule, which took effect Monday, does not directly name coverings such as the burqa or the niqab. However, both items cover the face and would presumably not be allowed.

The president’s office argued it would “ensure national security and a peaceful and reconciled society, where no ethnic group or community would be subjected to discomfort.”

were killed in the Easter attacks, and at least 58 suspects were apprehended in connection with the violence. Although at least one woman was believed to be involved in the bombings, there have been no reports that anyone was disguised by a veil.

Despite the president’s apparent concern over identification and safety, the new regulation raises serious questions about religious freedoms.

In a statement sent to HuffPost, National Executive Director Nihad Awad of the Council on American-Islamic Relations contended it was a move in the wrong direction.

“Restricting religious liberties for a false feeling of safety is never a good idea, and banning women from wearing religious clothing of their choice is a particularly bad idea,” he said.

“Targeting the Sri Lankan Muslim community also makes little sense. Since the attackers used bookbags to carry out their attacks, will the Sri Lankan government also be banning backpacks? Of course not. But that overreaction would at least make more sense than banning religious face veils.”

Awad called on the Sri Lankan government to counter extremism with the help of all communities, noting that stripping one group of its religious freedoms “is the worst possible way” to achieve that goal.

However, the ban received support from the All Ceylon Jamiyyathul Ulama, Sri Lanka’s top organization of Islamic theologians.

released last week, the group pointed to “difficulties faced by the security officers in performing their functions in situations where the identity of a person cannot be ascertained.”

“Hence, we advise that in the prevailing situation our sisters should not hinder the security forces in their efforts to maintain national security by wearing the face cover (Niqab).”

Last weekend, Catholics in the country were urged to stay home from Mass, and the to keep away from places of worship amid concerns over additional attacks.