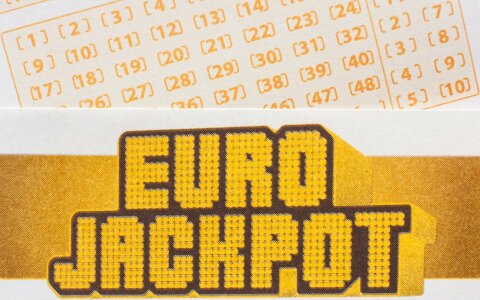 The joint-largest Eurojackpot prize in history was split three ways on Friday 22nd November, as two players from Germany and one from Hungary landed a share of the €90 million jackpot. There were also eight other multimillionaires created on a great night for ticket holders across Europe.

The winning numbers were 3, 12, 24, 37 and 38, plus Euro numbers 3 and 7. There were more than 41 million entries into the draw and more than 2 million of those snapped up prizes. Go to the Eurojackpot Results page for a full prize breakdown.

The biggest winners on the night were the three participants who matched all the numbers to land €30 million each. It was quickly announced that two of the winning tickets were sold in Germany – one in Bavaria and one in Hesse – while the other was sold in Hungary. Eurojackpot chairman Andreas Kötter said: “Congratulations. This is what a golden autumn looks like.”

For Hungary, it was only the country’s second jackpot win since the game started, and set a new national record. The largest lottery payout in Hungary’s history had previously been the €22 million won by a Eurojackpot player back in February 2017. The latest winner’s share of the jackpot works out at more than 10 billion forints.

No snow for ice sculptures

SAPPORO (Japan) • Every year, tens of thousands of tourists flock to the snow festival in the northern Japanese city of Sapporo, attracted by some 200 large, intricate ice sculptures. But this year, there is a problem: no snow. With high temperatures that festivalgoers put down to climate change, organisers were forced to truck in […]