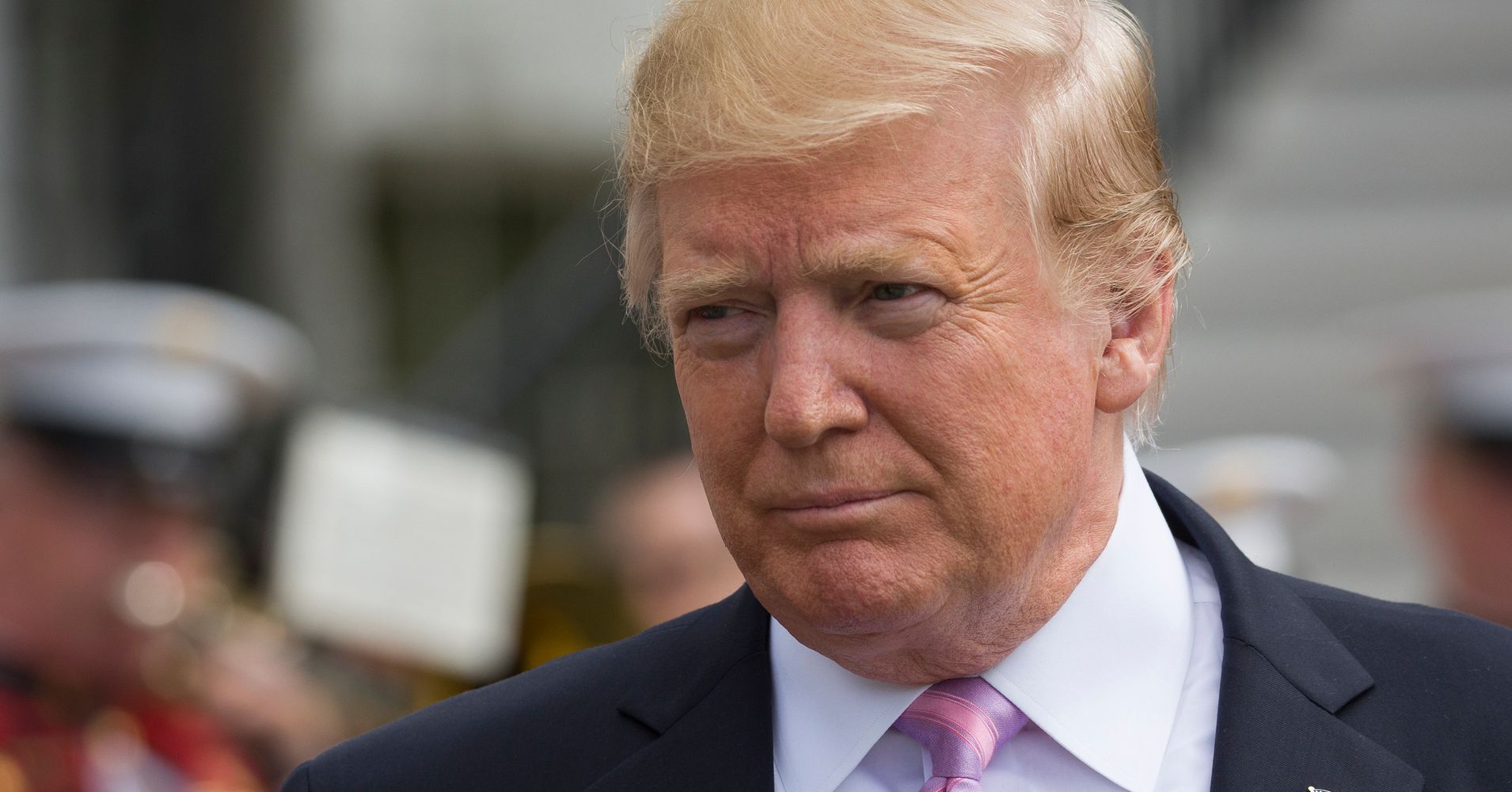 WASHINGTON ― ’s administration is not abiding Democratic requests for Trump’s tax returns under a federal tax disclosure law that gives Congress the power to request copies of anyone’s tax information.

Treasury Secretary said his department would provide a final answer by May 6 but strongly suggested that answer will be no.

The Treasury Department will consult with the Justice Department on the Democratic request because of “the serious constitutional questions raised by this request and the serious consequences that a resolution of those questions could have for taxpayer privacy,” Mnuchin said  Tuesday to House Ways and Means Committee Chairman Richard Neal (D-Mass.).

Congressional committees that create tax policy are supposed to be allowed to look at anyone’s tax returns thanks to a 1924 law enacted . Neal gave the administration until 5 p.m. Tuesday to comply.

The law gives no leeway for refusal, meaning the administration will probably wind up explaining its position to a federal judge. Neal said Tuesday he would consult with the committee’s lawyers about his next steps.

Committee member Rep. Bill Pascrell (D-N.J.) said Mnuchin is breaking the law. “This administration’s contempt for rule of law is without peer,” he said.

In an , Trump said Tuesday evening that he is opposed to current and former White House aides providing testimony to congressional panels in the wake of special counsel ’s report. In addition to the Treasury’s defiance toward the House Ways and Means Committee, the White House plans to fight a subpoena from the House Judiciary Committee and a separate subpoena from the House Oversight Committee, potentially by using executive privilege.

Legal scholars have said no administration has ever refused a tax return request, but plenty of administrations have tried to fight subpoenas ― and they’ve often lost. The Supreme Court has that because the Constitution gives Congress the power to legislate, it gives the power to investigate, since lawmakers need good information about the laws they might want to change.

This administration’s contempt for rule of law is without peer. Rep. Bill Pascrell (D-N.J.)

Both the George W. Bush and Barack Obama administrations fought losing battles against congressional subpoenas, but the that they were able to drag out the proceedings until a new Congress was elected.

But the tax return fight wouldn’t need to last through November 2020, according to Brianne Gorod of the Constitutional Accountability Center, a progressive nonprofit that often files “friend of the court” briefs in Supreme Court cases.

“The court process doesn’t need to take that long because there are a couple of things Congress can do to speed up the process,” said Gorod, a former attorney-adviser in the Office of Legal Counsel at the Department of Justice. “It can sue expeditiously, and it can ask the court to expedite the proceedings.”

Neal originally requested six years of Trump’s personal and business returns on April 3, saying Congress needs to know more about the scope of mandatory audits of the president that the IRS does every year. He sent a follow-up request on April 13 after Mnuchin stalled.

Mnuchin claimed Neal’s request is an abuse of power that could jeopardize tax return privacy for all Americans. Obtaining the tax returns is not the same as making them public, however, and Democrats have said they’ll be .

Trump is the first president in 40 years not to disclose a single year of tax information, a standard practice for presidents and candidates because it reveals details about their income, their charitable giving and how much tax they pay.

The IRS routinely discloses private tax information to Congress, and Republicans have used the law several times in recent years during high-profile investigations, but Neal’s letter is the first time Congress has asked for a president’s returns.

Mnuchin said Neal’s request “is the culmination of a long-running, well-documented effort to expose the President’s tax returns for the sake of exposure.”

Though Mnuchin has said the administration’s opposition to Neal’s request is founded in high-minded constitutional concerns, the president himself has repeatedly said he can’t release tax information because he’s under audit. The IRS itself has said repeatedly that being under audit , as every president since Nixon has done.

“Once he’s out of audit, he’ll think about doing it. But he’s not inclined to do so at this time,” White House spokesman Hogan Gidley said Tuesday on Fox News, claiming the issue had been “litigated in 2016.”

As a candidate, , but in 2016, he started saying he would only do so after the audit wrapped up.

Most Americans say Trump should release the documents and that Democrats should try to get them, .

This article has been updated with Trump’s comments to The Washington Post.

Infighting on display at NRA as president Oliver North steps down

North’s departure comes amid a heated battle with Wayne LaPierre, chief executive officer and the longtime spiritual leader of the NRA.

Construction of the hospital began on Jan. 24 with a crew of 7,000 people working around the clock.

CEO to resign, employees fired at Ohio hospital where doctor accused of murder