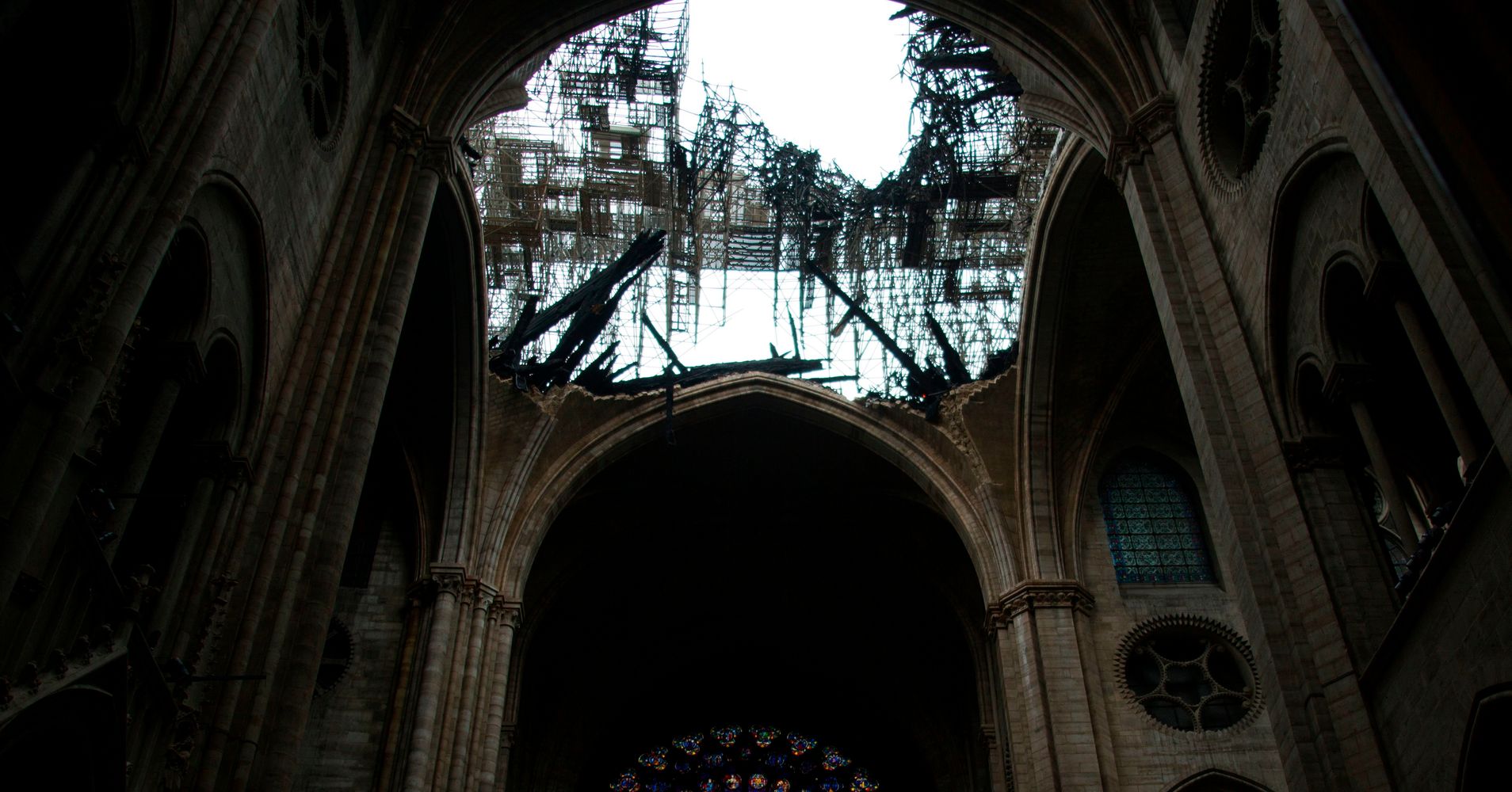 Some of the wealthiest families in France have pledged to donate more than half a billion dollars to rebuild Notre Dame de Paris after a caused to the iconic cathedral.

So far, the moguls behind L’Oreal, Louis Vuitton, Gucci and other luxury brands, as well as some of France’s biggest companies, have promised to donate a total nearing $700 million.

A massive fire consumed parts of the medieval Catholic cathedral on Monday, causing devastating damage to the structure, some of which dates back to the 12th century. While the cathedral’s main structure and many of its most precious artifacts were saved from the blaze, one of its spires collapsed and two-thirds of the cathedral’s roof was destroyed.

French President Emmanuel Macron called on people to donate money to help restore Notre Dame to its glory. Here are some of the companies and billionaires from France and around the world who have answered that call.

The family of French billionaire Bernard Arnault, who is the chairman of LVMH, which owns Louis Vuitton, Marc Jacobs and Moët & Chandon, pledged 200 million euros, or about $226 million, for repairs to the ancient cathedral.

“The Arnault family and the LVMH group would like to show their solidarity at this time of national tragedy, and are joining up to help rebuild this extraordinary cathedral, which is a symbol of France, of its heritage and of French unity,” the family .

The family of Francoise Bettencourt Meyers, the granddaughter of the founder of L’Oreal, also ($226 million) to Notre Dame.

In a , the Bettencourt Meyers family, which owns a 33% stake in the cosmetics and skin care company, said they were “deeply touched” by the tragedy, “which unites people from different cultures and faiths.”

The family is donating the money jointly with L’Oreal. Employees of the company are also pooling their money for donations.

Francoise Bettencourt Meyers sits on L’Oreal’s board of directors. She is considered the richest woman in the world, worth $53.5 billion, .

“This tragedy is striking all the French people, and beyond that, all those attached to spiritual values,” François-Henri Pinault said in a statement. “Faced with this tragedy, everyone wishes to give life back to this jewel of our heritage as soon as possible.”

Pinault is married to actress Salma Hayek, who expressed her condolences for the losses at Notre Dame in an Instagram post.

“As many others I’m in deep shock and sadness to witness the beauty of the Notre-Dame turn into smoke,” she wrote. “I love you Paris.”

The City of Paris

Patrick Poyanne, the CEO of Total, a French oil and gas company, vowed to donate 100 million euros ($113 million) to the private nonprofit Fondation du Patromoine for restoring the cathedral, Bloomberg .

Total S.A. ranked as the fourth-largest oil and gas company in the world in 2018, according to .

French brothers , CEO and deputy CEO, respectively, of the Paris-based construction company Bouygues Group, announced in a tweet that they would be donating 10 million euros ($11.3 million) of their personal funds to restore the cathedral.

The Bouygueses, who have a , called Notre Dame a “jewel of France and world heritage.”

The firm revealed Tuesday that it provided insurance coverage for two of the contracting firms that were working on a restoration project at the cathedral before the fire took place, as well as some of the religious art and relics inside, Reuters .

In a tweet, Apple CEO Tim Cook said the company was “heartbroken” for France, calling Notre Dame a “symbol of hope.” Cook announced Tuesday that Apple would contribute but did not disclose the amount.

We are heartbroken for the French people and those around the world for whom Notre Dame is a symbol of hope. Relieved that everyone is safe. Apple will be donating to the rebuilding efforts to help restore Notre Dame’s precious heritage for future generations.🇫🇷

University of Notre Dame in the U.S.

The University of Notre Dame in South Bend, Indiana, a Roman Catholic institution, vowed to give the cathedral $100,000 for renovations.

“We are deeply saddened to see the damage to the Cathedral of Notre-Dame in Paris, a church whose exquisite Gothic architecture has for centuries raised hearts and minds to God,” Rev. John I. Jenkins, president of the university, said in a statement Tuesday.

Jenkins also said the university would ring the bells atop the campus’ Basilica of the Sacred Heart 50 times in tribute of the cathedral.

“We join in prayer with the faithful of the Cathedral of Notre-Dame in Paris and all of France as they begin the work of rebuilding.” – Fr. Jenkins

COLOMBO, Sri Lanka (AP) — As a state of emergency took effect Tuesday giving the Sri Lankan military war-time powers, police arrested 40 suspects, including the driver of a van allegedly used by suicide bombers involved in deadly Easter bombings and the owner of a house where some of them lived, officials said. Sri Lanka’s […]