Whale, look at the nightmare fuel researchers dug up in Egypt.

Scientists have unearthed a 43-million-year-old fossil of an extinct four-legged whale that once lived both on land and in the sea, making it amphibious. 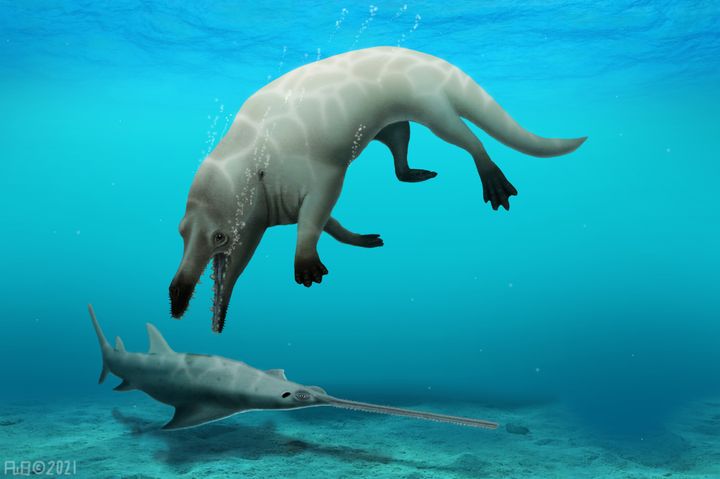 Dr. Robert W. Boessenecker This now-extinct four-legged whale once lived both on land and in the sea.

This particular ancient species was previously unknown to experts, but it’s part of a group of semiaquatic whales called protocetids, which existed during the Eocene period, according to findings published Wednesday in the . Since protocetids were amphibious, they represent a unique period in whale evolution that largely still remains a mystery.

But the researchers behind the study believe the newly discovered fossil offers clues as to how whales transformed from land dwellers to the sea creatures we know today.

“All known protocetid whales had well-developed, non-reduced fore and hind limbs that could bear the animals’ weight outside of water, albeit probably awkwardly, as these animals were probably quite heavy,” Robert W. Boessenecker, co-author of the study, told HuffPost. “Think of seals and sea lions, for example.” 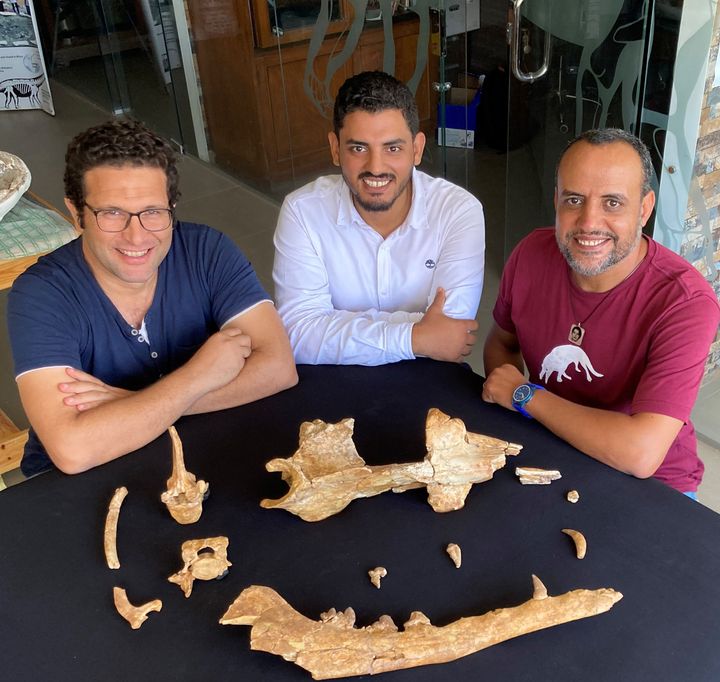 What sets this four-legged creature apart from other protocetid whales is an impressively murderous, jackal-like jaw that allowed it to have a “raptorial feeding style,” . The researchers, who analyzed the fossil at Mansoura University, named the species “Phiomectus anubis” after Anubis, the jackal-headed Egyptian god of death. 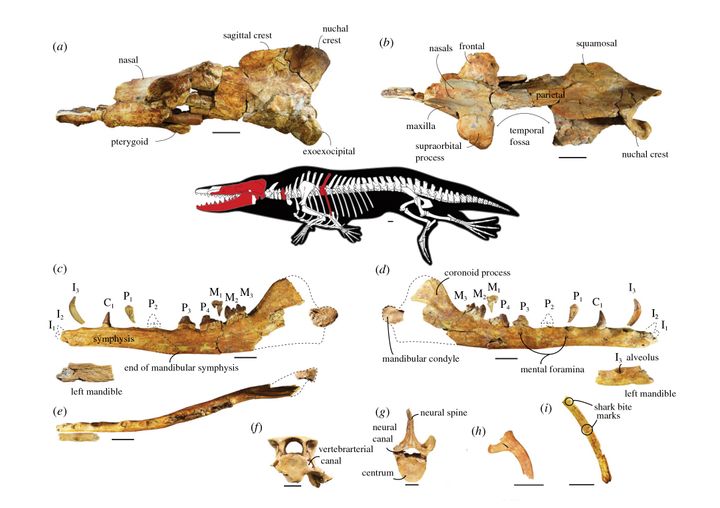 “We discovered how fierce and deadly its powerful jaws are capable of tearing a wide range of prey … this whale was a god of death to most of the animals that lived in its area,” Abdullah Gohar, lead author of the paper, .

Despite how terrifying this carnivorous lord of demise may sound, the report said it’s only a “medium-sized” protocetid, which translates to about 10 feet in length and a weight of around 1,300 pounds.

The fossil was found in the Fayum Depression in Egypt’s Western Desert, which was once submerged underwater. German paleontologist  dug up some of the first protocetids in the region in the early 1900s, and many others have been discovered there since.

President Donald Trump ― both the man and the blimp ― will return to the United Kingdom in June for the commander in chief’s official state visit. CNN confirmed on Wednesday the 20-foot “Trump Baby” balloon will soar above London, portraying the president as a diapered, tantrum-throwing infant. Leo Murray, one of the organizers behind […]