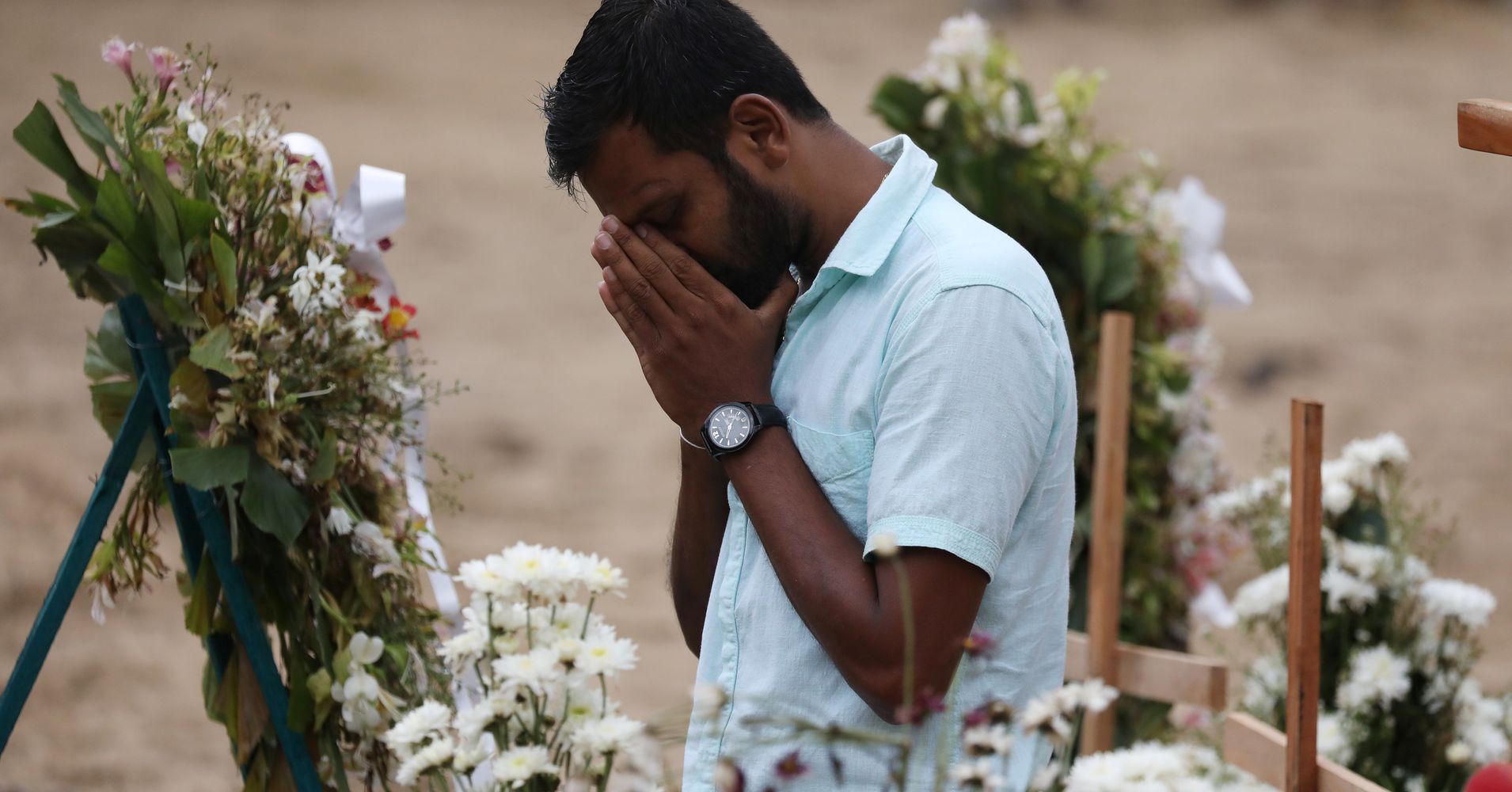 COLOMBO, April 28 (Reuters) ― Churches across Sri Lanka suspended Sunday mass and the Archbishop of Colombo delivered a televised special sermon from a chapel at his home, as fears of more attacks remained a week after suicide bombers killed over 250 in churches and hotels.

Sri Lanka has been on high alert since the attacks on Easter Sunday, with nearly 10,000 soldiers deployed across the island to carry out searches and hunt down members of two local Islamist groups believed to have carried out the attack.

The government has said the attacks were carried out by nine well-educated Sri Lankans, eight of whom have been identified.

Authorities have detained more than 100 people, including foreigners from Syria and Egypt, since the bombings in three churches and four hotels, most of which were in the capital.

The Archbishop of Colombo, Cardinal Malcolm Ranjith, held a solemn special mass from a church adjacent to his house that was broadcast live across local television and radio.

“We cannot kill someone in the name of god… It is a great tragedy that happened,” the archbishop said in his sermon, attended by President Maithripala Sirisena, Prime Minister Ranil Wickremesinghe and former President Mahinda Rajapaksa.

“We extend our hand of friendship and fraternity to all our brothers and sisters of whatever class, society or religion that differentiates us.”

After the sermon, the archbishop and the political leaders lit candles to commemorate the victims of the suicide bombings.

Sri Lanka’s 22 million population is majority Buddhist and includes minority Christians, Muslims and Hindus. Until now, Christians had largely managed to avoid the worst of the island’s conflict and communal tensions.

The archbishop said earlier this week that he had seen an internal security document warning of further attacks on churches and said there would be no Catholic masses celebrated anywhere on the island on Sunday.

At the Kingsbury Hotel in Colombo where one of the bombs went off last Sunday, saffron-robed Buddhist monks, some as young as 10 and senior clergy, performed rituals in a tribute to the victims.

Sirisena has said the government led by Wickremesinghe must take responsibility for the attacks about which warnings were given ahead. Both said they had not seen those alerts.

Since the attacks, many Muslims have fled their homes amid bomb scares, lockdowns and fears of a backlash against the community. The military on Sunday sought to assure them.

“Stern action will be taken under the current emergency regulations against those who try to create racism or disharmony between ethnicities/religions or motivating people for any kind of violence,” military spokesman Sumith Atapattu said in a statement

The U.S. embassy in Colombo said the United States was assisting Sri Lankan authorities in the aftermath of the attacks and in bringing the perpetrators to justice.

The embassy urged the government to implement safety measures that also “protect rule of law and that do not infringe upon the human rights of individuals or groups, or limit their ability to worship, communicate and to live together in peace.”

Authorities have so far focused their investigations on international links to two domestic groups they believe carried out the attacks, NTJ and Jammiyathul Millathu Ibrahim.

But Islamic State has claimed responsibility for the Easter Sunday bombings, without providing any evidence, and on Saturday it issued a new claim for a gunbattle that erupted on the east coast on Friday during a raid by security forces on a safehouse.

It said three of its members clashed with Sri Lankan police for several hours before detonating their explosive vests during the gunbattle, the militant group’s news agency Amaq said.

The group said 17 policemen were killed or injured in the attack. It did not give any evidence.

Sri Lanka’s military said 15 people were killed during the raid including three wearing suicide vests and six children. Among the wounded were relatives of Mohamed Hashim Mohamed Zahran, the alleged mastermind of the suicide bombings.

Sri Lanka’s president said on Friday some Sri Lankan youths had been involved with Islamic State since 2013 and that there were links between drug trafficking and Islamic State.

The search for a man and a little girl featured in a viral photo taken in front of Notre Dame Cathedral is over. Brooke Windsor of Michigan announced on Twitter Thursday that the father and child she captured having a sweet moment in front of the historical monument just an hour before it caught fire Monday […]