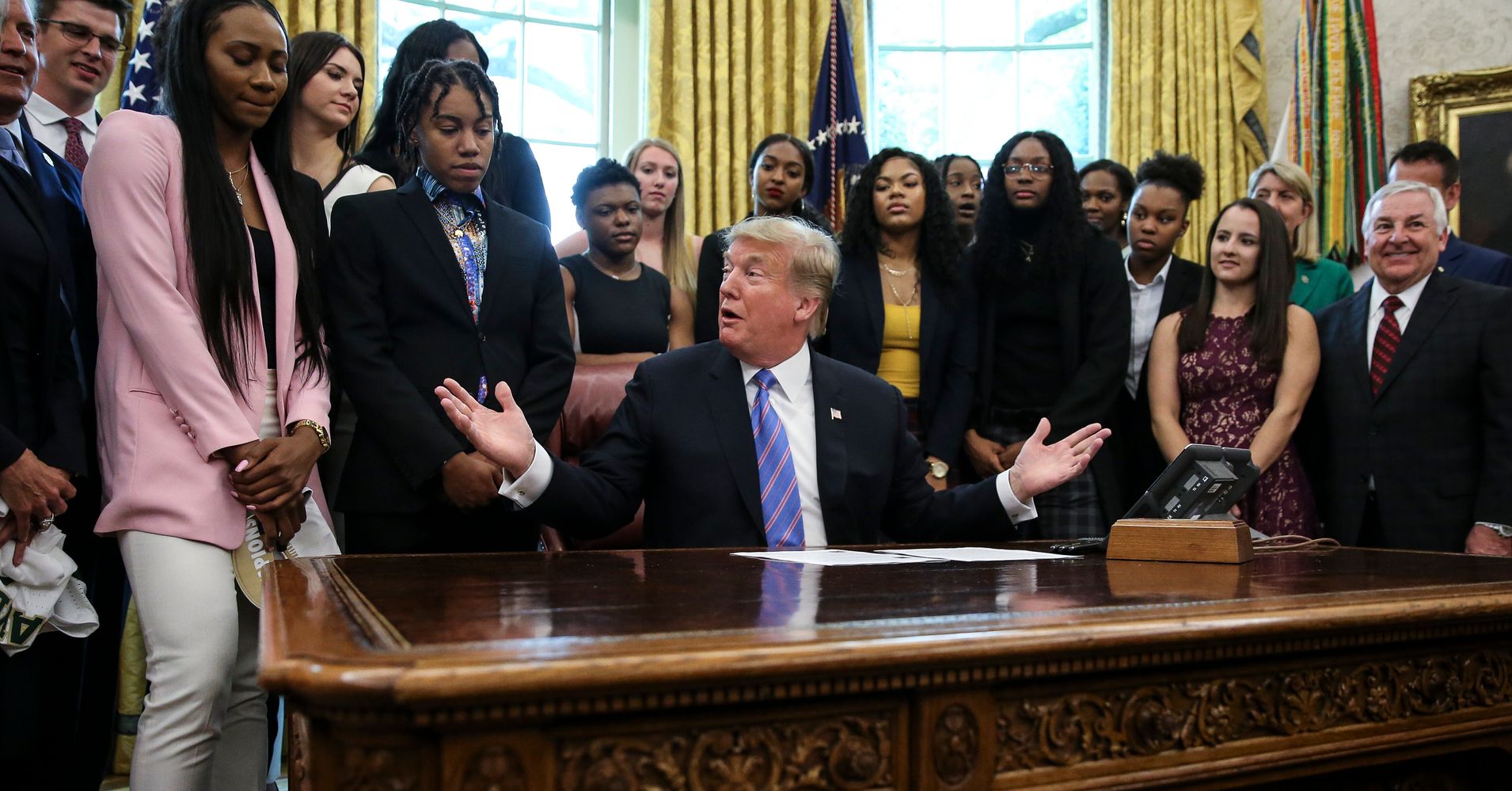 Celebrating a visit on Monday from the Baylor University women’s basketball team, winners of  tournament earlier this month, the president rolled out a spread of from Burger King, Chick-fil-A, McDonald’s and Wendy’s.

The team posted photos of the paper-wrapped items on Instagram.

What’s on the menu for the Baylor Lady Bears today: Chick Fil A, Wendy’s & McDonalds

It’s the third time this year that Trump has hosted athletes with fast food.

North Dakota State University’s football team, this past season’s winner of the NCAA’s Division 1 subdivision championship, in March was greeted by Trump with  offerings.  has stoked outrage in recent years for its that push anti-LGBTQ agendas.

In January, who won the season’s Division 1 championship, were of sandwiches and sauces from Burger King, McDonald’s and Wendy’s, along with Domino’s pizza.

The meal prompted derision online, and even sympathy from “Good Morning America” co-host Michael Strahan. The former NFL player  to caviar and lobster to make up for it. A restaurant boasting three Michelin stars also out for a luxurious dinner.

The recent winner of the NCAA men’s basketball championship ― ― won’t be helping Trump indulge his known preference for fast food. Coach Tony Bennett last week scotched speculation about whether the team would be willing to make a White House visit by announcing that because some players are “pursuing pro opportunities” while others are “moving on” from the school, “it would be difficult, if not impossible to get everyone back together. We would have to respectfully decline an invitation” to be honored by Trump.

Bennett’s rationale generated skepticism, especially given the the site of a white supremacist rally in August 2017 . Trump has been widely castigated for what many ― including ― saw as a response that the rally’s participants and racism in general.

Commenting on Bennett’s excuse for ruling out a White House visit, Larry Sabato, the director of the university’s Center for Politics, , “You’d have to be incredibly naïve to believe it was a scheduling conflict.”

Days after a deadly synagogue shooting in his state, California Gov. Gavin Newsom (D) proposed significantly increasing security funding for synagogues, mosques and other religious and community groups that experience hate crimes and other violence. On Monday, Newsom announced that he planned to allocate $15 million for the “State Nonprofit Security Grant Program” in the May […]