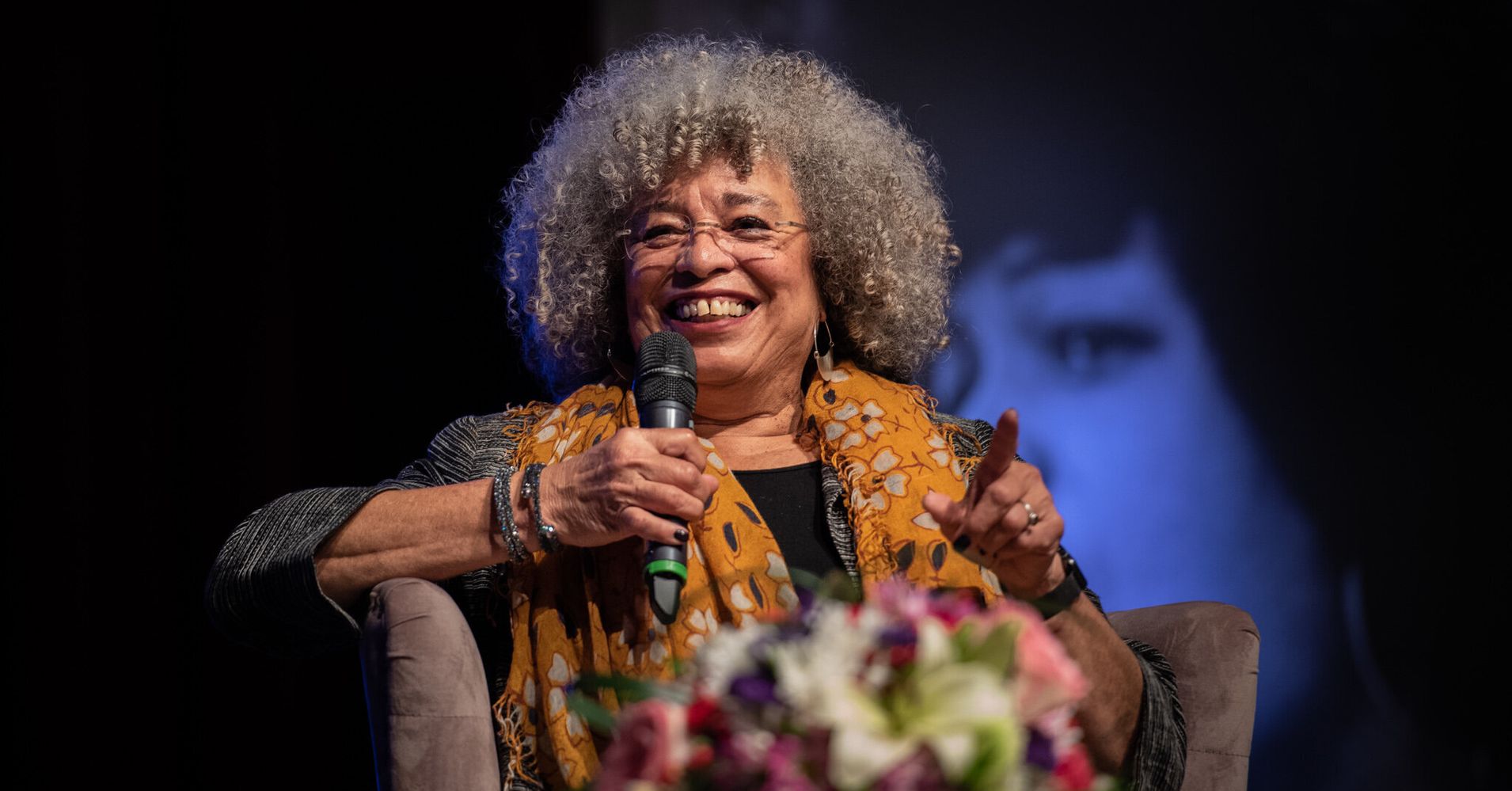 has been outspoken in her support for (D-Minn), calling the congresswoman a “courageous, bold black woman.”

The civil rights icon and scholar told “” on Tuesday that Omar, one of the Muslim women elected to Congress in November, has become the target of because she is a black Muslim immigrant woman.

Historian, activist and author Barbara Ransby, who joined Davis in the segment, called Omar a “progressive voice that won’t be silenced.”

Ransby and Davis  to support the congresswoman on Capitol Hill on Tuesday afternoon called “.”

We collectively must make sure that we are dismantling all systems of oppression. As we fight Islamophobia, we must also fight anti-Semitism, racism, sexism and all forms of hate.

What we are fighting for is not for the few, but for the many.

The purpose of the rally was to call attention to , and in particular, the she’s received as Trump rails against her.

Earlier this month, the president tweeted a misleading and out-of-context video showing Omar speaking about the 9/11 terrorist attacks.

In that speech, Omar praised the Council on American-Islamic Relations for its efforts to protect Muslims’ civil rights after Sept. 11 “because they recognized that some people did something and that all of us were starting to lose access to our civil liberties.”

The  Trump shared only captured a portion of Omar’s remarks (“some people did something”), suggesting she was being callous about 9/11.

Omar’s office that she subsequently received threats “directly referencing or replying to the President’s video.”

Big shout-outs to and all of the Black women and femmes who made the rally happen today. We see you sisters!

Ransby told “Democracy Now!” that the rally’s organizers invited “100-plus black women” to the Capitol to stand with Omar.

“Black women from all over the country are coming to say we stand with Ilhan and that other women stand with us,” she said. “So we’re telling the Republicans to back off. We’re also telling the Democrats to step up and have a much more vigorous defense of her.”

have criticized Omar for her comments about pro-Israel lobbying efforts.

“I am extremely proud that finally, we’ve elected someone to Congress who speaks out in such a powerful way on behalf of black women, on behalf of Palestinians, on behalf of all people who are oppressed,” she told “Democracy Now!”

However, Davis added that she is also “quite afraid” for Omar, given the threats she’s received.

Watch or read the .

Some Instagram users will soon see the number of “likes” disappear from their posts as the social media platform tests hiding the tallies to foster a “less pressurized environment.” Instagram head Adam Mosseri announced the experiment on Tuesday at the annual F8 developer conference held by the app’s parent company, Facebook. “We want people to […]

“John is currently in the ICU and under great medical care,” a statement from Singleton’s family read.