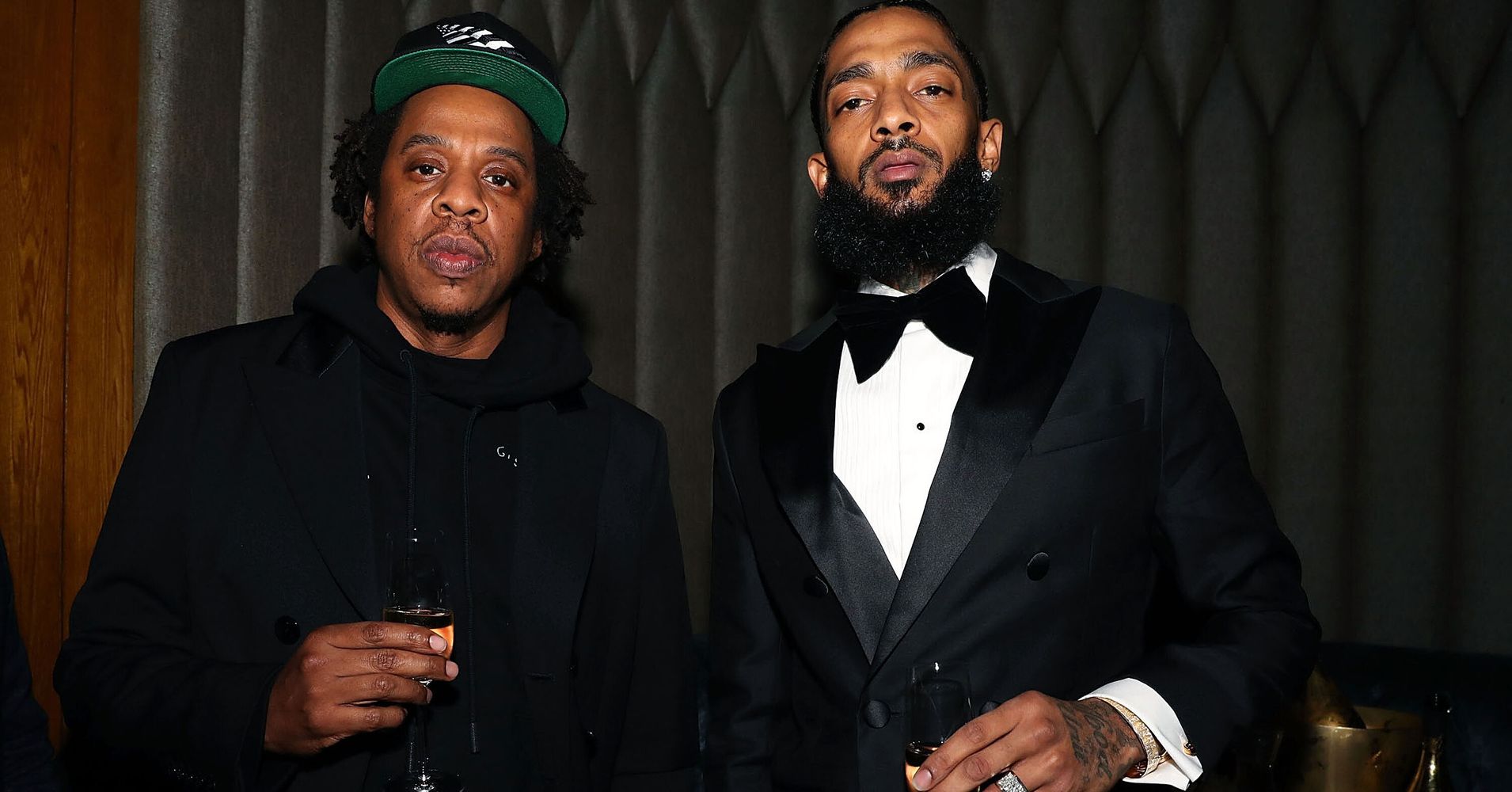 dedicated a portion of his performance at a concert in New York City on Friday to , by honoring the slain rapper’s legacy and commitment to his community.

Hussle’s neighborhood he grew up in inspired Jay-Z to remember Hussle during the music mogul’s  located in the East Village:

“Gentrify your own hood, before these people do it/ Claim eminent domain and have your people move in/ That’s a small glimpse into what Nipsey was doing/ For anybody still confused as to what he was doing,” Jay-Z rapping.

Hussle, who founded brand and clothing store called The Marathon Clothing, nestled in a strip mall near Crenshaw Boulevard, has been widely recognized for his neighborhood.

Los Angeles City Councilman Marqueece Harris-Dawson has for his leadership with , a project aimed at honoring black culture, history and art in the Crenshaw community.

The Grammy-nominated rapper, born Ermias Asghedom,  his clothing store on March 31. Hussle’s fans, loved ones and a number of  have since publicly mourned his death.

During Jay-Z’s freestyle, which he segued into after performing his 2002 song “Some How, Some Way,” he referenced Hussle being killed in his own community.

“I told Neighborhood Nip stay close/ There’s a hundred million dollars on your schedule, lay low… I never dreamed he’d get killed in a place that he called home.”

In 2013, Hussle told MTV News that Jay-Z of the independent rapper’s mixtape priced at $100 a piece.

“I got a DM on Twitter from a respected hip-hop journalist, and he was just like, ‘Hov respects the move, salute,’” Hussle told the publication.

He added, “A little while later, I got an email from my team – that came through my team and it just was like, ‘Roc Nation, on behalf of Jay Z wants to buy 100 units.’”

Officials were working to fight the blaze and determine what caused the blast in the industrial complex outside Chicago.